The World Health Organisation, better known as WHO is the leading authority on health and well-being within the United Nations. This puts it in prime position to monitor the health status and trends of different nations.

The organisation splits into separate departments. The WHO Regional Office for Europe dealing with European issues over 53 countries and 29 member states. This includes Ireland, where WHO has uncovered some alarming trends and created some damning forecasts.

It is up to WHO to highlight key issues and the severity of problems. This is certainly the case with Ireland’s obesity epidemic.

The biggest concern right now for healthcare in Ireland is obesity.

Part of the European department’s work is the WHO Modelling Obesity Project, which saw data presented at the European Congress on Obesity in Prague. This project covered all 53 nations to look at current data on obesity rates and trends to determine likely figures for 2030.

Current figures suggest that Irish women will see an increase in obesity from 23% to 57% from now until 2030. With men, the percentage increase is smaller but no less significant. Here is its forecast that there will be an increase from 26% to 48%.

We should also note that this is just for obesity, which is classed as a BMI of 30 or more. This doesn’t account for all those in Ireland deemed overweight, which is a BMI of 25 to 29.9. 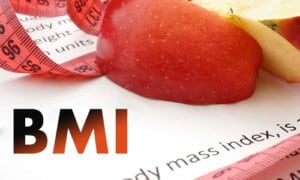 When the two groups are then combined, researchers expect that this could reach as much as 89%. This means just 11% at a healthy weight. Being overweight could become the norm and accepted to point where people ignore the damage.

There is nothing in this report that is that shocking on a continental level as there is a rise taking place right across Europe. Every nation is gaining weight due to modern lifestyles. The concern comes in the steep climb in percentages and the impact that this could have on mortality rates and other health issues.

Irish men are now expected to be at the top of the league table for obesity in Europe alongside Uzbekistan. Woman are lower down their respective list, behind Bulgaria and Belgium, but the rates of increase are still alarming.

Other countries notably at risk here are Austria, Czech Republic, Greece, Spain and Sweden. This WHO research raises questions over Ireland’s risks compared to the UK.

What solutions can Ireland look to decrease this risk and reduce rates?

The scale of the issue and the danger to Irish citizens over the next decade means that they need to do more. There are calls for a range of small solutions to help with the problems, as there is no single quick fix.

The nation has become hooked on cheap, unhealthy food, through accessibility, preference and affordability.

The solution here is to reverse this and make unhealthy food more expensive, less accessible and less appealing. This means reducing costs of healthy food, considering a sugar tax and looking at packaging and advertising.

Small measures like this, with the wide-scale roll-out, could reduce the damage predicted by this WHO research.

This is not the only way that the Irish government and healthcare service can help Ireland’s population.

Other measures focus on sports and activity levels among those at risk. Increased physical activity is essential for reducing obesity risks. The problem comes in engaging people to get started and providing opportunities.

Government funded schemes for sport and fitness could help if accessible to all communities. One of the key areas of interest here is sport and activity in schools. It is better to teach kids early on that activity is fun and useful, to avoid them slipping into bad habits in later life.

The Economic and Social Research Institute (ESRI) also uncovered interesting data on children that engage in sport. It states that those that play sport in extra-curricular activities were more likely to continue their education.

Some suggested that these students are happier and more productive. This increases the chance of success in exams and their desire to stay in education.

Food packaging and free healthcare are just the starts for a healthier Ireland. In response to problems with smoking and related illness, the government brought out plain packaging for their tobacco products to reduce their appeal. They were one of the first countries in the WHO European Region to do so. Now other countries are following suit and also hiding tobacco products from view.

There is still hope for the future of Ireland’s children and overweight population.

It is easy to take a pessimistic viewpoint here, based on the predictions for the rate of change and the measures needed. The scale of the forecast is extreme, perhaps more so than many expected. There is a bleak picture of a nation where the vast amount of adults is overweight, and obesity is on the rise and children are at risk.

Preventative measures such as these don’t sound as though they should be enough. There is proof that this can work. Netherlands is a nation that has implemented such schemes, and the results are promising. Obesity rates here are decreasing with less than half expected to be overweight and just 8% are obese.

The Irish government could get complacent over the issue and play down the figures from this WHO research. There are warnings over the reliability of some of the small samples used.

On the other hand, this is still and important wake-up call on a potential crisis. Obesity could overwhelm the population, and there is a measure that can help. The results come with consistent, clear schemes that take full advantage of what is on offer.