EPIC The Emigration Museum is one of the newest of Dublin Museums and beautiful addition to the narrative of the Irish influence upon the world — centrally situated located beside the River Liffey in the ancient cellars of the CHQ Building. In the neighbourhood of international companies, but also just a few steps apart from the famine memorial and the Jeanie Johnston famine ship.

But precisely what will await you when you dive into the bowels of the transformed warehouse?

Undoubtedly not a dusty museum, but a very immersive experience. That took us by surprise in a very positive way.

What Is This New Virtual Museum?

Here’s the scoop — EPIC The Irish Emigration is one of the new breeds of visitor attractions, which we’d call a “virtual museum.” Taking some ideas from the excellent Titanic Belfast, and giving a similar exciting use of modern technologies to tell a story. Yes, basically the entire attraction is all about storytelling, in this case primarily the tale of Irish emigration, and what influence Irish migrants (and the Irish generally ) had upon other nations. To accomplish this, you will not be confronting artefacts (in actuality, there are practically none, but the colourful convict costume is a cracker).

On the contrast — the story is told, occasionally literally, through the eyes of people who lived it, with the perceptions of others, and though at times highly interactive displays.

Displays that have quality and such a brilliant idea will make you forget that you’re mainly “playing with computers” in no time. In short: while the majority of the exhibition could be marketed as a handy DVD, it makes you linger, participate, get active. Yes, we hopped from candidate to candidate in the rogues’ gallery of notorious Irish emigrants (including such varied characters as Ned Kelly, Typhoid Mary, and the intrepid duo of Burke and Hare).

You won’t see goblins or vessels of gold here, but you may discover what it intends to be Irish influences far beyond the boundaries of Ireland through the stories of Irish emigrants who became politicians, scientists, poets, artists and even outlaws all around the world. Explore Ireland from the outside in and find out why saying “I’m Irish” is one of the most significant conversation starters, no matter wherever you’re.

Find out why above 10 million people moved from this island, where they departed and what they carried with them. Reveal tales of adversity, adventure, and joy, as you engage with their personal stories and engage with a background in 20 interactive galleries.

You can find out more about your Irish heritage with the Irish Family History Center, that’s also situated at the museum. Here you can obtain helpful records, talk to a genealogy specialist, and join the online community of people on a hunt to discover their Irish roots.

This museum details 1,500 Decades of Irish history, with tales of the 100 million people who left Ireland, their effect on the rest of the world, and how and where they lived. State-of-the-art interactive displays feature video and sound files, motion sensor quizzes, and touch screens, which bring Irish history to life. Everything from Irish dancing and music to literature to interesting letters home, tell the Irish emigrant experience from many points of view. 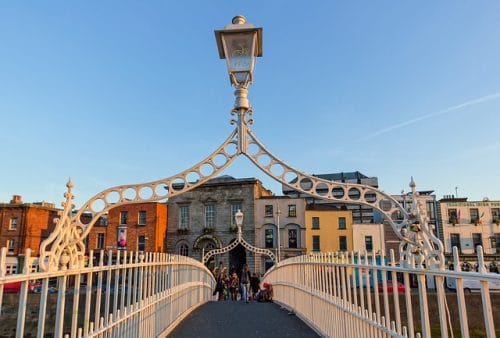 Well, apart from the entire experience listing as a new highlight of visitor attractions in Dublin. We are hard pressed to single out special exhibits (which are all thematically grouped in different rooms, the underground maze where you meander through).

The magnificent display of modes of transportation right at the beginning of the show was great; even though everyone might not enjoy it (We enjoyed the stainless steel versions representing everything from St. Brendan’s ship to modern jetliners, with the Titanic in-between). Those emigrants were telling their stories, the display almost three-dimensional, but without any special effects.

Some of the innovative uses of information technology were unique, like those sporting figures you put on a blank screen, and then utilised to “dial up” more info.

As avid readers, we felt at home at the Literature division pity that the books lining the walls were copies, but picking the odd one out and then being treated to a reading from the book certainly touched my fancy. Here we hasten to append that we toured on a lazy day, and there was no competition or the resultant noise of readings, maybe picking early on a working day is the best idea.

And may we suggest the giant book which displayed highlights of Irish literature, such as the “Chronicles of Narnia.” The projection was so great, and the consequence of turning pages by swiping your hands so well executed, that we would like one at home…

Our cherished moments came in the gallery dedicated to Ireland and the Irish in the world… Peter O’Toole in full Lawrence gear along with a smiling camel was great, Bram Stoker clutching a cross and garlic was better, but a disgruntled Roy Keane is munching Tayto crisps was most excellent (although not very Best). 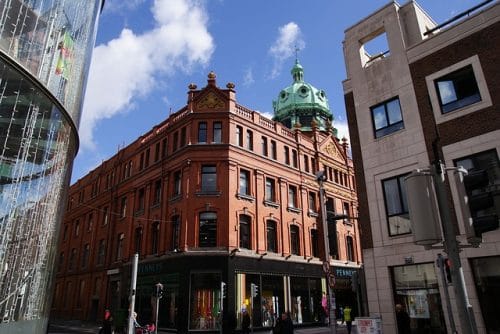 Should You Visit EPIC the Emigration Museum?

It depends where your interests lie, we think – if you desire to discover Irish history and view loads of artefacts, you might like the National Museums.

They are open, they are filled full to the brim, and they’re conventional. And if you’re in search of some light amusement, EPIC The Irish Emigration Museum again be extremely cerebral sometimes, an information overload despite the smart ways used to make this information attractive, palatable, easy to digest.

The latter could also be my small niggle as an archaeologist, Dr. Che Guevara Lynch, for example, gets over too sanitized, also “Is not great he was Irish?”, there was Che Guevara, the revolutionary, and there was Dr. Ernesto Guevara, the doctor, and both (I believe ) never used the Lynch maiden name of the mother. And his sketchy human rights record isn’t actually mentioned… but as I say, it’s only a minor omission.

Overall, we enjoyed the trip. Or, to be precise, we were blown away by the whole experience. Arriving with the concept of a quick walk-through for test purposes, we spent enjoyable two-and-a-half hours or so in the vaults. Which was time well spent, since the trip is both educational and entertaining.

And we should add – emigration’s story never comes across overly sentimental, trying to fish for sympathy. Facts are displayed neutrally (where relevant, even in a pleasant way), you won’t be forced to cry. Emigration is manifested as what it is or was sometimes a choice, sometimes a necessity, in old times, often a punishment. However, the stress is on what effect this emigration had, what the Irish made from it. So, overall, it is quite an encouraging story EPIC The Irish Emigration Museum tells.